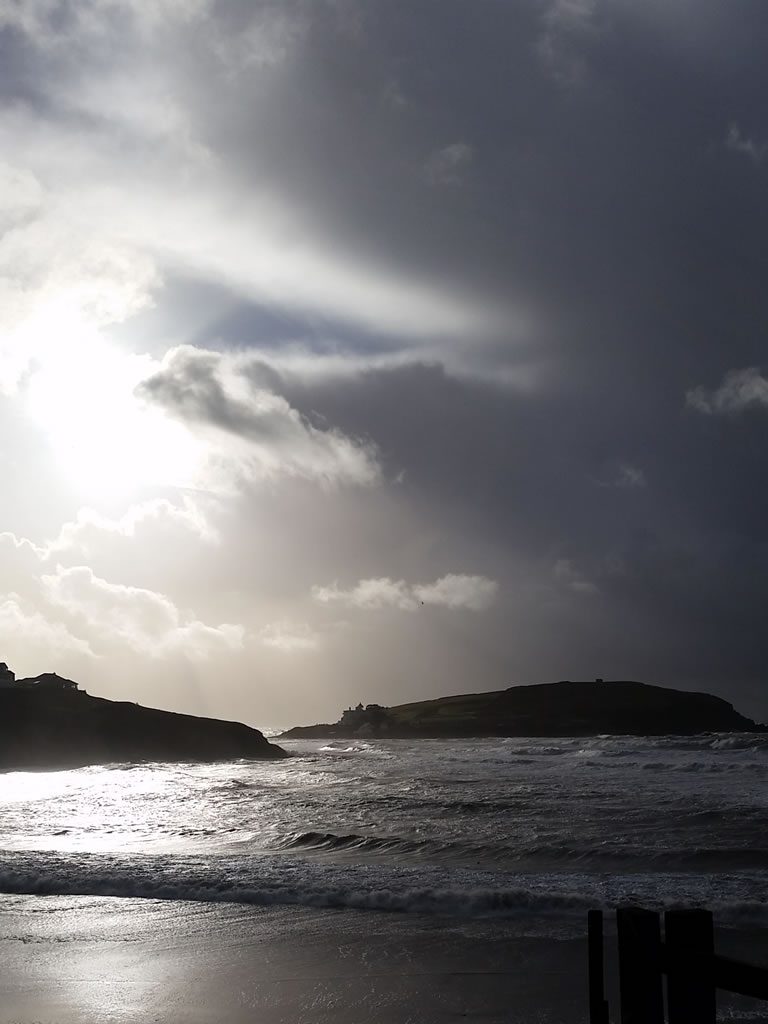 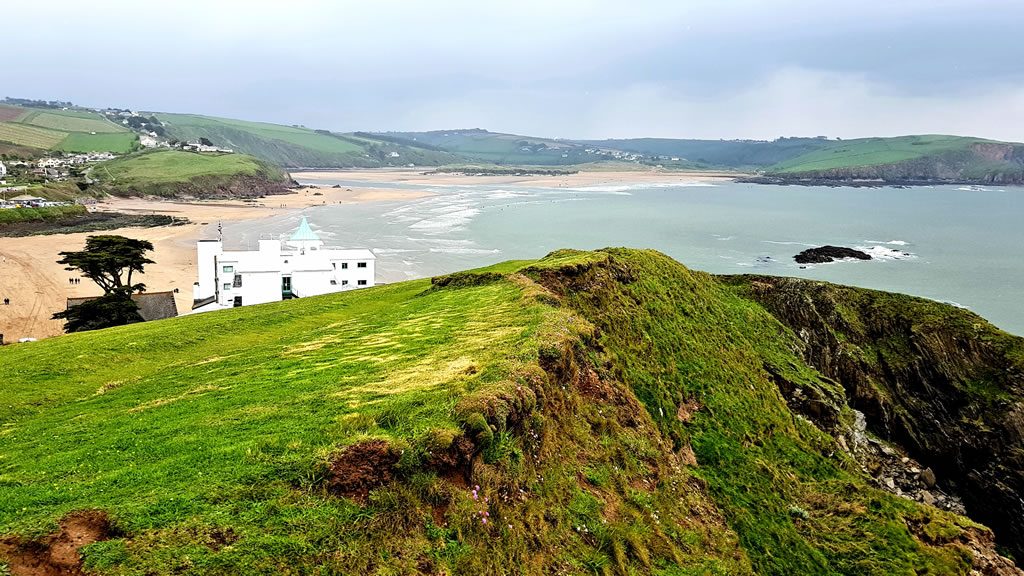 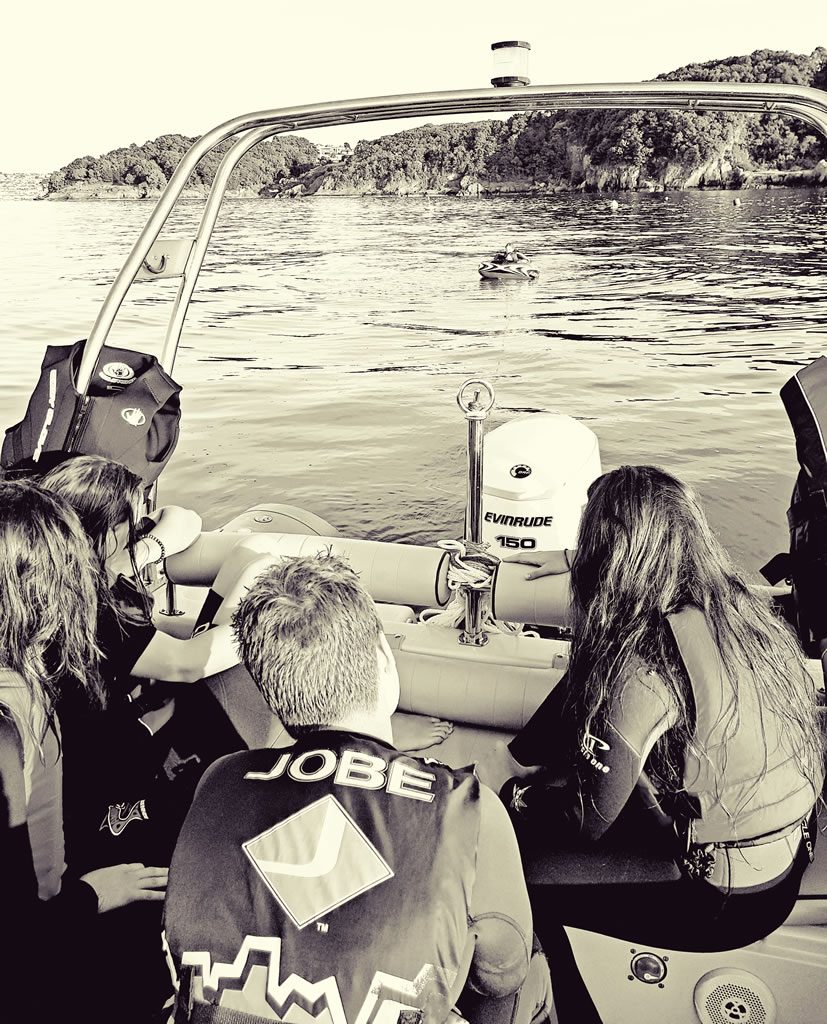 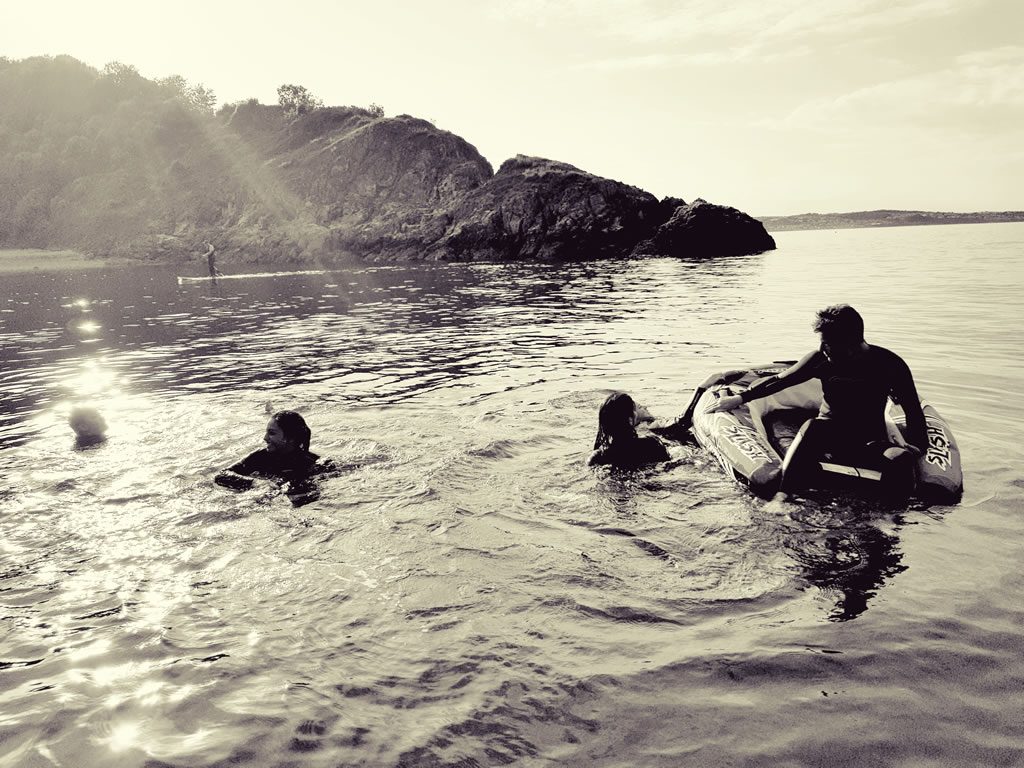 I have experienced Island life for over 40 years, I have always been drawn to them since I was a tiny wild child first falling in the sea on a spring morning at the age of three. It was my first memory. It's a vivid one that still makes me smile. I was on the tidal causeway, the golden sands at Bigbury on Sea. It was where my life long love affair with the ocean, islands and Burgh Island began.

My family returned to this small isle that very summer in 1975 and quickly got embroiled in the way of life; the people, the Pilchard Inn, the surf skis, the sailing, the parties, the elements and year after year we returned. At first we stayed in hotel when it was a little 'retro' to put it politely, but as a playground it was wonderful and my sister and I had the run of the island. In the summer we would stay for eight or nine weeks, barefoot, unruly hair, Burgh Island t-shirts. My mum worked to pay for the board and we would help to polish kettles, gut mackerel, pick crab and make egg salad sandwiches for the crockels. We had other families that would join us over the holidays, they too enjoying the special ambience of the island and the freedom it gave you. Every one or two weeks we would have new or old friends to play with and we grew up playing 40/40 outside the pub, surfing, making sand sculptures and using our imaginations, we had to, there was only one television on the island.
Apart from the weekly disco we had no idea what life on mainland was like for a few months. We made dens and snail schools and as children we 'owned it'. It was like living in Swallows and Amazons book. The characters on the island gave even more reason to develope our imaginations. There was Gerald the fisherman who we would help with nets and who would threaten us with the black spot if we were naughty. There was Jimbo, a short cornishman who we thought was a pixie and drove the Sea tractor across the tide. There was Ron who was the caretaker and we thought would howl at the moon and a more melodic Jack playing guitar in the pub! The lifeguards, the staff, the morris men, the guests, the old merchant tailors, the daytrippers all added to the story. A rich embroidered tapestry of tales.
The ghost of Tom Crocker, the notorious local pirate kept us alert and our imagination fired as storms blew and ancient doors and walls creaked out of season. I still feel eight at times when the wind howls in a certain direction on a long winter's night with the tide in. The Pilchard Inn is still very much as I remember. Over five hundred years old and iconic as the art deco Burgh Island hotel.
The hotel has been through various owners throughout our family history with the place. Bea and Tony Porter who  helped restore the hotel to it's former deco glory are still firm family friends even though thier custodianship of the island has passed. Currently the hotel is under new ownership and it's looking really positive, with a fresh new energy and exciting plans for people to really enjoy all it has to offer. I believe it will enjoy a long overdue renaissance.
My family now own one of the few houses on the island and we are considered the longest standing natives. My parents do a wonderful job of keeping the elements from wearing away the house. It's a constant battle but the rewards are obvious. My children now enjoy it too. Very very lucky.
Our favourite time is when after a long summer day the tide comes in, the day trippers go home and you can watch the sun going down from the top of the island. I soak it all up, I need it, so I store it ready for the next palette for a painting. I have painted the island hundreds of times but never tire of it, hence the Island Artist name. It has a magic I've never felt anywhere else. To me it's home. Even after travelling the world, from the South Pacific to the Whitsundays, the Scilly Isles to Greece, it's still my favourite. I hope I live to paint it a million more... 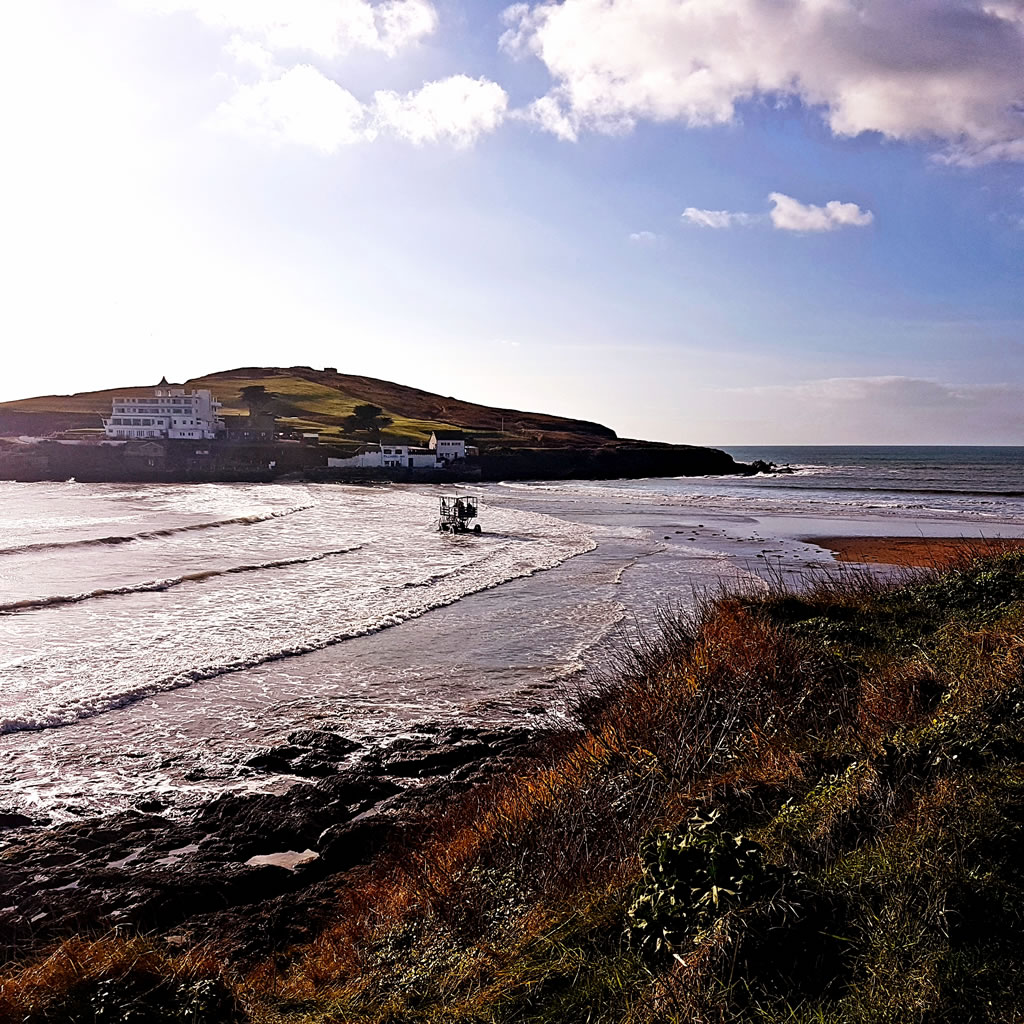 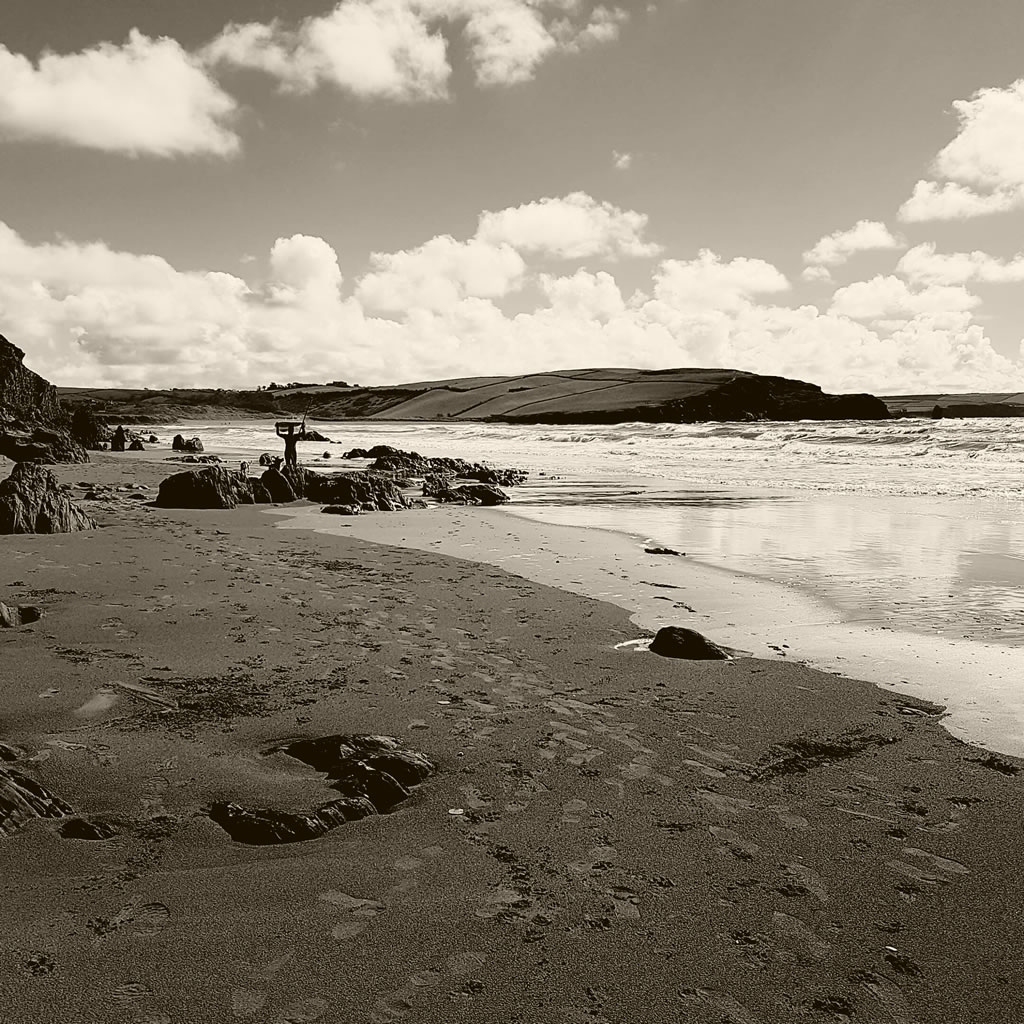 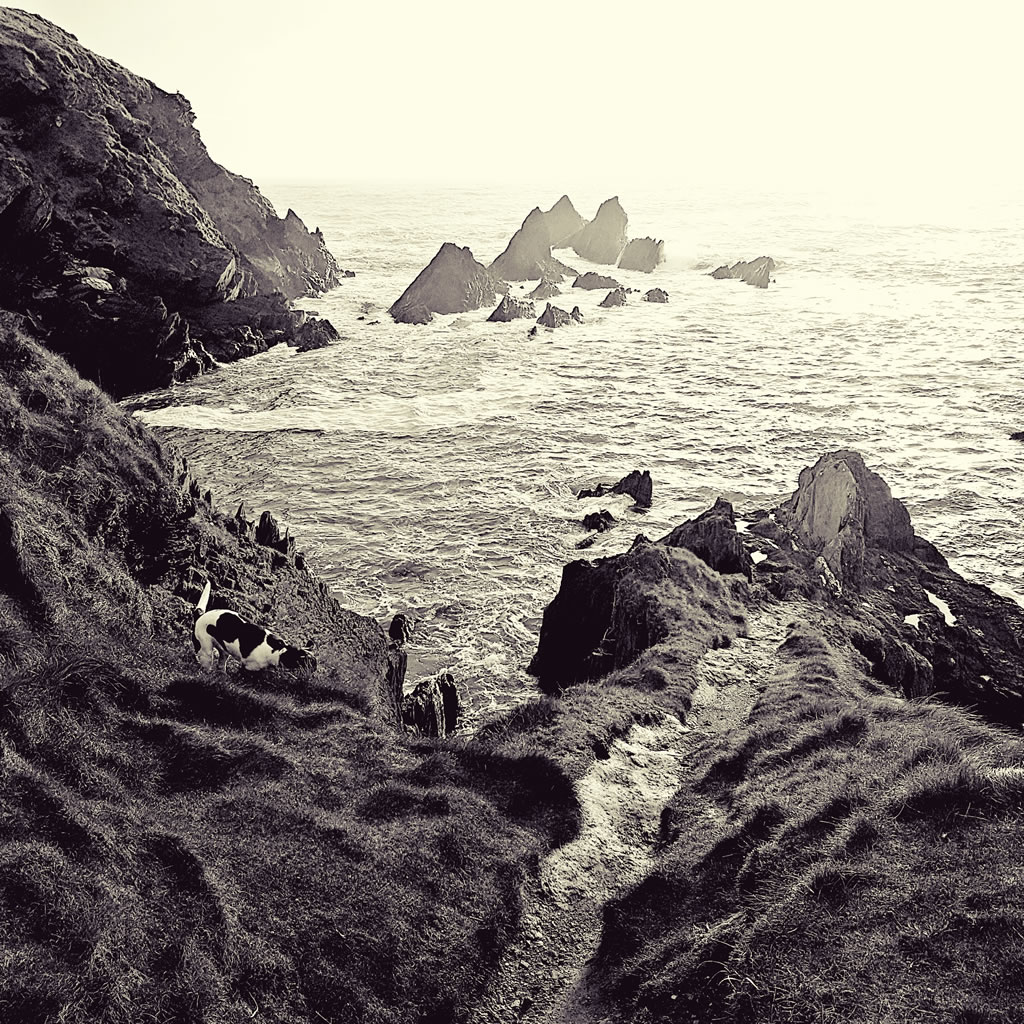